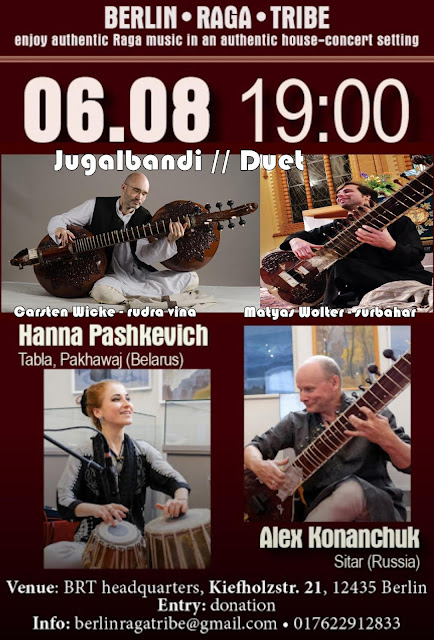 The audience was treated to an elaborate Rudra Veena-Surbahar-Jugalbandi in the Raga Malkauns: